As a Canadian, I’ve grown up in a culture that – for the most part – condemns capital punishment.  So it came as a surprise to me to discover that the last person – actually, the last two people – were executed in Canada at 12:02 a.m. on December 11, 1962. Within my lifetime.  Barely. But still.

Ronald Turpin and Arthur Lucas didn’t have much in common, and their respective murder convictions were unrelated. At the Don Jail in Toronto at 12:02 a.m. on December 11, 1962 the men shared what would likely be the most intimate moment of anyone’s life. Death at the hands of a federally appointed hangman. 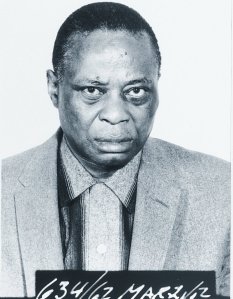 Lucas, a fifty-something black American from Georgia, had a reputation as a pimp who beat the prostitutes who worked for him. With an IQ of 63, this career criminal was deemed by the U.S. Bureau of Prisons to be  “unsalvageable”. 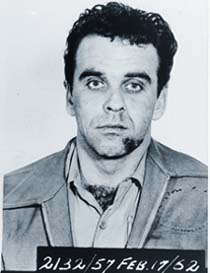 Turpin was a young, white man abandoned as a child by his abusive mother. He spent much of his young life in the Guelph reformatory for juveniles, before spiralling into an adult life of alcoholism and petty theft. On February 12, 1962 young Ronald Turpin killed police officer Frederick Nash, who pulled over Turpin’s truck on a routine traffic stop. Turpin, who had just stolen $631 of stuff from the nearby Red Rooster Inn, had an outstanding arrest warrant and panicked, pumping a single shot into the 31 year-old officer’s abdomen. Nash died at the scene, leaving behind a wife and four daughters.

Lucas, convicted of the double murder of police informant Therland Crater and his girlfriend Carolyn Ann Newman, maintained his innocence to the end, but conceded that his misspent life of crime was likely to have ended badly anyway. He is reported to have said to prison chaplain Cyrill Everitt,  “I’m telling you I didn’t do it, but I’m ready to go – I did some other things in my life”. Prison chaplain Cyril Everitt would later say that a miscalculation on the Lucas’s weight resulted in the near-decapitation of the convict.

Both men died with the knowledge that they would likely be the last prisoners to be executed in Canada. “Some consolation,” Lucas said in reference to word of this dubious historical achievement.

Capital punishment was removed from Canada’s criminal code in 1976.

You can read more about Lucas and Turpin in Robert J. Hoshowsky’s book, The Last to Die: Ronald Turpin, Arthur Lucas, and the End of Capital Punishment in Canada.